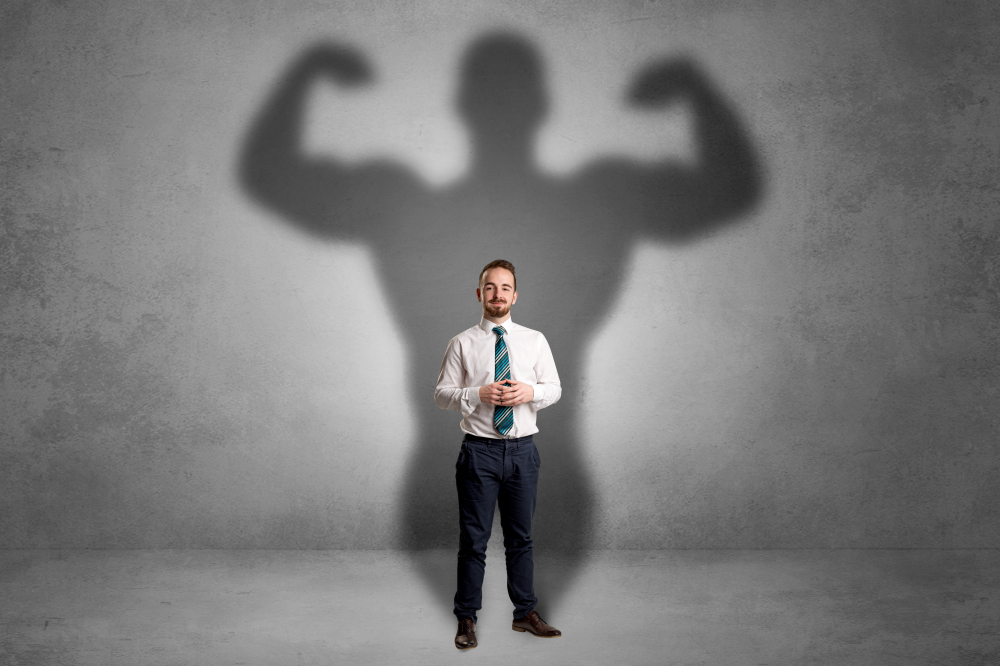 25 Jan Cocky or Confident? A Fine Line That Can Make or Break an Interview

Posted at 14:02h in Interview Tips by janeturkewitz 0 Comments

A few weeks ago, I sent a candidate on an interview that didn’t go very well. My client thought he was cocky and rejected him.

This got me thinking. Exuding just the right amount of confidence is incredibly important when interviewing for a job. Like the story of Goldilocks and the Three Bears, some of us ooze too much, some too little and then there are those who are juuuuust right! On an interview, you’ve got to walk a fine line, promoting your ability to do the job at hand without getting all Donald Trumpy.

Let’s start at the beginning — when you meet the Receptionist. A confident person will introduce herself, smile, and maybe dabble in a little bit of conversation while waiting for the interviewer to show up. A cocky person states “Jane Turkewitz here to see Joe Shmoe,” without attempting to show any interest in the person behind the desk. This is not necessarily a deal killer because, maybe the Receptionist is busy and doesn’t have time for you anyhow. But, being rude to a Receptionist — or talking down to one — is definitely in bad form and a sure sign of cockiness.

On to the handshake. There is just nothing worse than a limp, sweaty, dead-fish handshake. Arrive a few minutes early to wash up and dry your hands. Give a nice firm shake because that shows confidence. On the other hand, don’t go hog-wild with your grip. Shaking too firmly is jarring.  I don’t think I’d call it cocky, but it is annoying and can be painful too!

A confident person answers questions by way of example.  “Yes, I can do that. Let me tell you about a project I put together for Timex…”  A cocky person says “Yep, I can do that, I’ve been in sales for 15 years. That’s easy. Nobody knows this stuff better than me!”

A confident person never speaks badly of others in order to lift himself up. For example, he will acknowledge that there are differences of opinion on strategic initiatives with his manager and state that this is why he’s interviewing. A cocky person tells the interviewer that his current boss doesn’t know jack and that he could do his job and that’s why he’s interviewing. You may, in fact, actually feel this way but you gotta keep a lid on it. Speaking in a more positive way puts you in a better light. Plus, maybe the interviewer knows your boss and thinks she’s great? Then what?

A confident person says, at the end of the interview: “Thank you so much for your time. I’m really excited about this opportunity. Please let me know what I can do to take the next steps.” A cocky person doesn’t thank the interviewer for her time and says something to the effect of: “I know I’m the guy for this job,” or “You’re not going to find anyone more qualified for this role than me, so what’s next?”

A confident person sends a thoughtful “thank you” note and uses it as another opportunity to sell herself. In that note, she touches on the things discussed in the interview and what she can bring to the table, remembering to be gracious about being considered. The cocky person neglects to write a “thank you” because he thinks he’s a shoe in. Or, he writes a 2-sentence note that says “thank you for meeting with me and I look forward to next steps.”  He doesn’t bother to sell himself again because he doesn’t think he needs to.

The confident person, when told that she is not being moved forward in the process, asks for feedback so that she can understand and learn from the experience. The cocky person doesn’t ask “why” she isn’t being moved forward and says “it wasn’t right for me anyhow.” She shows no interest in bettering herself or getting a deeper understanding of how she is perceived by others.

Jane Ashen Turkewitz is the President and Chief Talent Officer of .comRecruiting — a firm dedicated to advancing business and executive-level careers in digital media, mobile and ad technology.  If she could make a living writing these blog posts, she would. Got a topic for her to cover?  Bring it: Jane at dotcomrecruiting dot com.